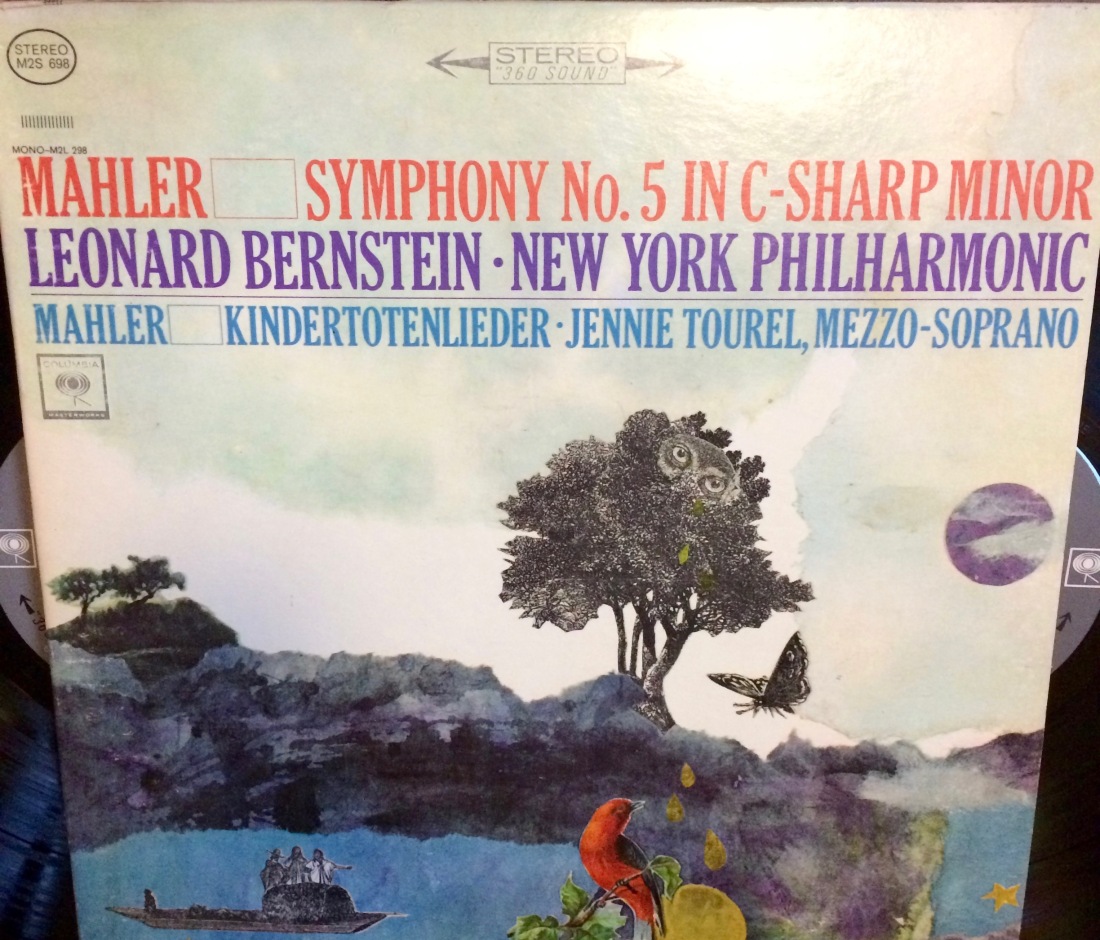 Symphonically, no one does it like Gustave Mahler. Leonard Bernstein, an early advocate of Mahler’s difficult scores, was one of the first conductors, along with Bruno Walter in Europe, to record the complete symphonies, and bring the composer out of near neglect and into the concert hall. Probably his most accessible work after the 1st Symphony, the Fifth’s polyphonous orchestration is astounding, with each instrument given a distinctive part. To paraphrase gossipy musicologist Norman Lebrecht, Mahler was the greatest composer of operas who never composed operas. The Adagietto, occasionally (and perversely) performed without the surrounding movements, is an achingly ponderous elegy and one of the most sublime things ever to come out of Western civilization. For this double LP from Lenny and the NYP, Barbara Hatch did a collagist cover that’s as hypnotic as it is indecipherable.