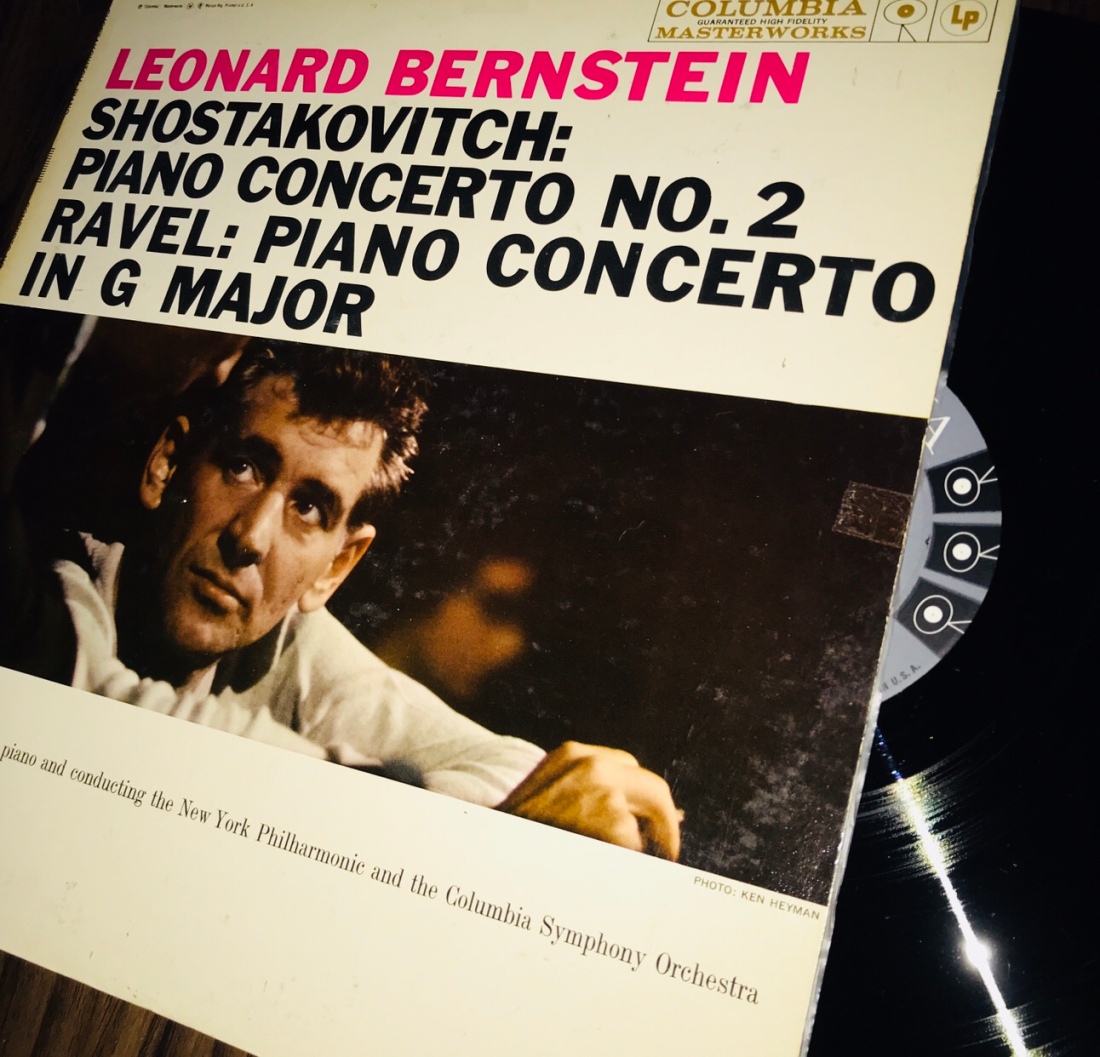 Pomp and folklore intermingle in these series of ten impressions by Modest Mussorgsky, done in 1874, and originally for solo piano. Each piece depicts one of Victor Hartmann’s paintings from an actual exhibit, with interludes called “Promenades” tracing the composer’s autobiographical jaunt through the museum. In 1922, Maurice Ravel orchestrated the piece, but today it’s often heard in the showstopper piano version for the most ambitious of pianists.

Mussorgsky’s hair-raising soundtrack to Baba-Yaga (is there anything scarier than Russian fairy tales?) in the 9th scene is a classic; the tenth, “The Great Gate of Kiev” is a big magisterial closer.

On this 1950s RCA Victor recording, with Fritz Reiner and the CSO, yet another painting shows an orchestra getting ready to perform. 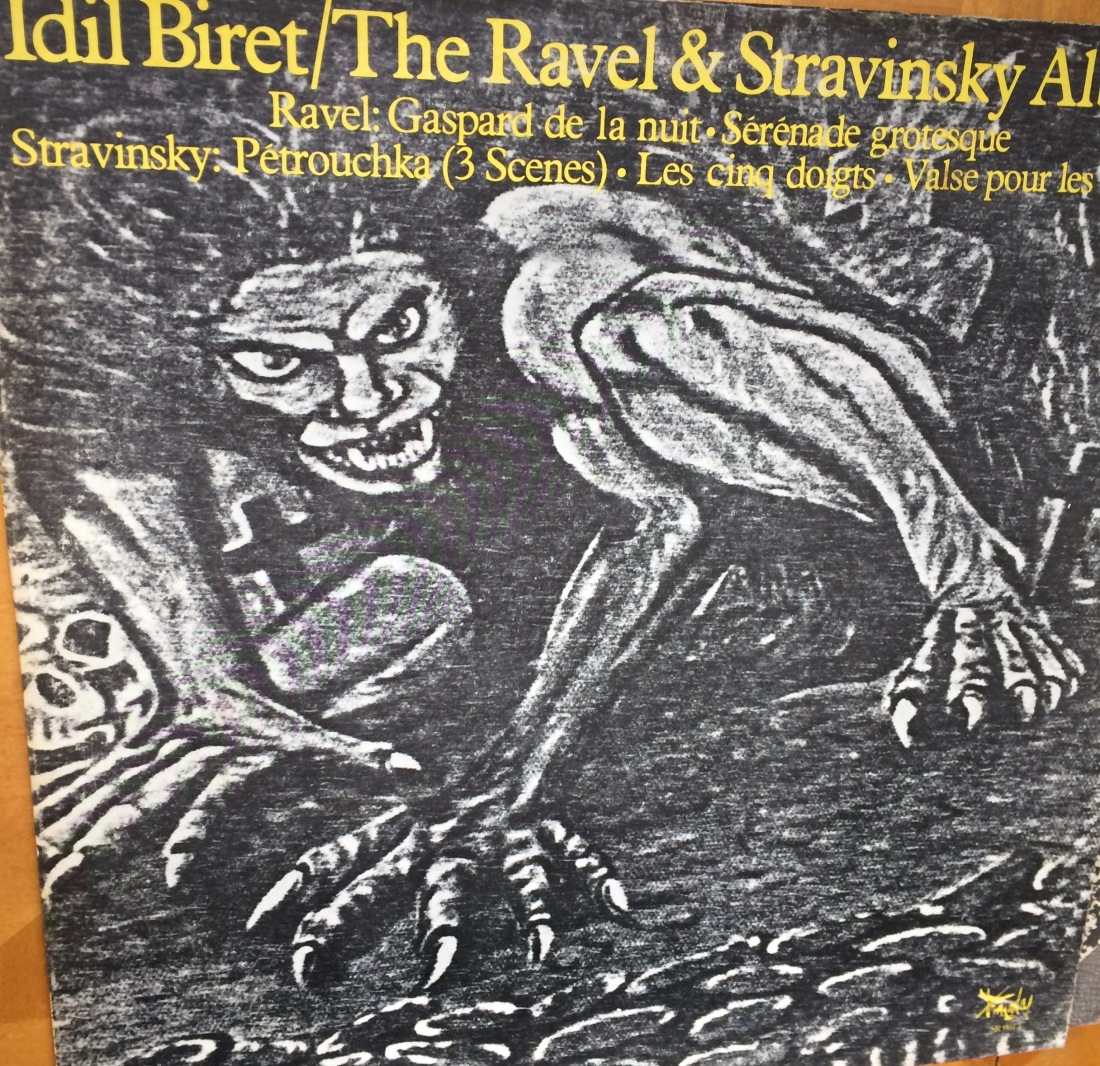 Idil Biret’s early album featuring solo works by Ravel and Stravinsky. Includes Gaspard de la Nuit and the classical-modernist Petrouchka (3 Scenes), from the latter’s burlesque opera. And so obviously the sleeve should depict a horrifying taloned creature emerging from a cave.